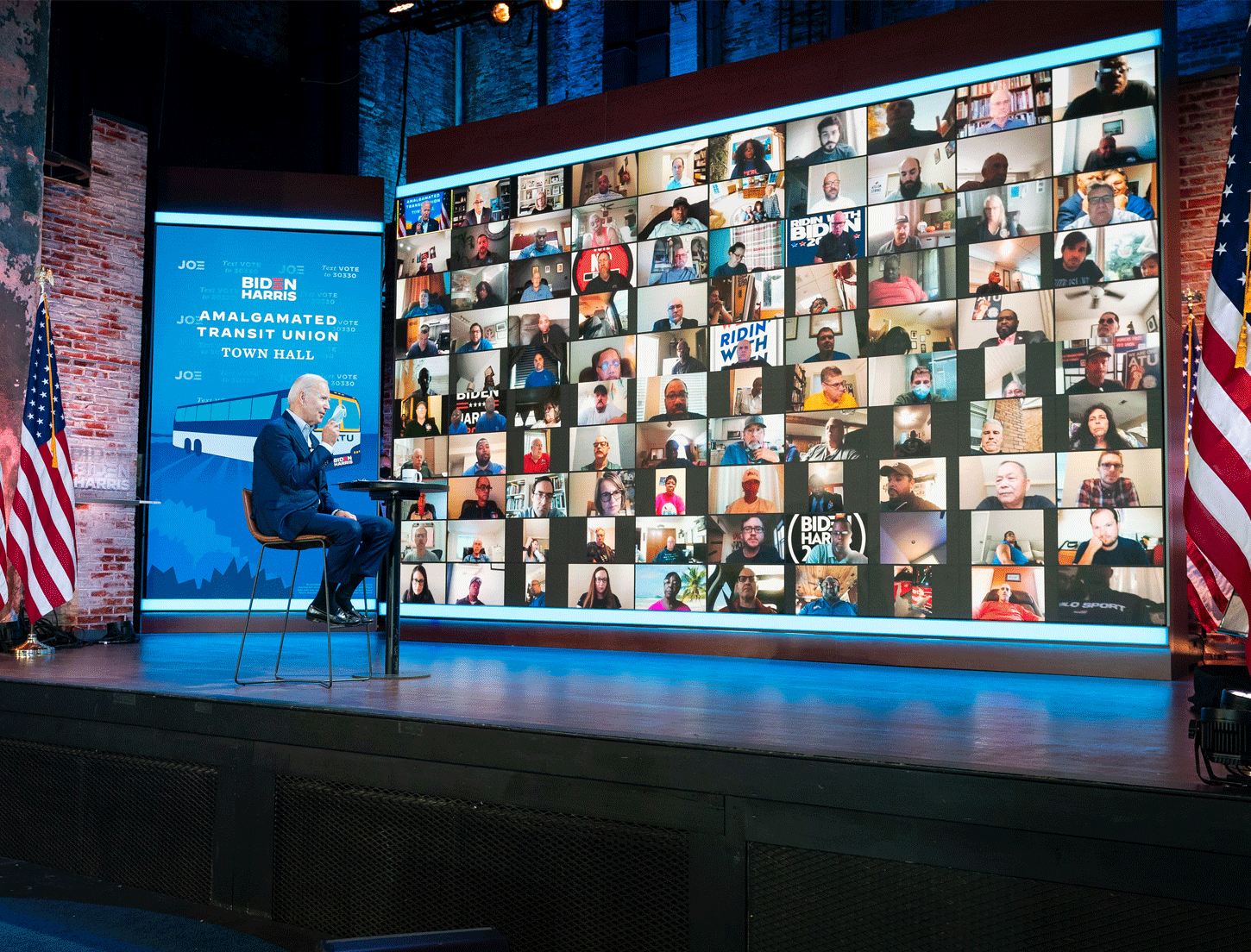 In the lead up to one of the most consequential elections in a generation, the Biden-Harris campaign faced the unprecedented challenge of running a national campaign in the midst of a global pandemic. The Biden-Harris Campaign Studios were not only a solution, but a stepping stone to the future of political campaigning.

A 300-year old theater in the heart of Wilmington, DE was converted into multiple studio spaces and a cutting edge control room; housing a team of top entertainment professionals that worked with the campaign to connect the candidates, their families, and surrogates with voters around the country.

Serving as the primary location for the candidates to run their campaign, the studio produced 100+ hours of content including press conferences, health and economic briefings, town halls, rallies and paid advertisements, all  while keeping the candidates, staffers and crew entirely safe.

The studios will serve as a template for future campaigns seeking to amplify their message and reach voters around the country.

“ The theater is one place where this very strange transition looks and feels almost normal, where the president-elect already looks very much like the president… It sort of looks like they re-created the Situation Room: the big screen and all these different people on it with him being at a presidential desk. He’s exuding confidence and at the same time demonstrating what you’d want in your president. ”